Everyone who is somehow interesting in Spa & Wellness has heard of Carlsbad, the famous spa town located in western Bohemia, Czech Republic, about 80 miles west of Prague. It is said to be the most visited spa town in the Czech Republic with 13 main springs and almost 300 smaller springs, plus the warm-water river Tepla.

The town first developed into this now historically famous spa resort in the 19th century, when the health enhancing properties of mineral waters were recognized and caught the attention of the European aristocracy. They would visit spa resorts such as Bath in the UK, St.Moritz in Switzerland, and Carlsbad in the Czech Republic to “take the waters”.

A railway line completed in 1870 helped the development of the town as tourist destination and its popularity further.

I went to Carlsbad for a weekend, and of course engaged in the famous drinking cure. Of course I will tell you all about it, in a separate article.

Here, I am telling you a little about the hotel I stayed at and their Private Spa Suite.

The city has been used as location for a number of film shoots, including James Bond Casino Royale. The Grand Hotel Pupp, just opposite the Quisisana Palace, served as Hotel Spendide in Montenegro in the movie.

Two days before arrival I received a welcoming email with upgrade opportunities from our Luxury Boutique Hotel Quisisana Palace.

On arrival on site, our car and luggage were well looked after. Whilst we were invited to a drink in the romantic conservatory overlooking the canal.

The hotel has 19 rooms and suites and won a World Luxury Hotel Award in 2015. We had a Double Deluxe room, facing the back side of the building. The windows overlooked a kind of courtyard with steep winding stone stairs, rather romantic.

Besides the spacious bedroom, we had bath and shower separate, an small entrance area, and a large separate dressing room.

I loved the bedroom and the comfortable bed, in which I slept very well.

Yet I was not crazy about the bathroom, that was wheelchair suitable, yet was missing some comfort.

For example there was only one small sink in the corner of the room, and no shelf space at all. I had to keep my toiletry bag on the floor.

We loved breakfast at Quisisana Palace. I am not a fan of buffets in general, and they don’t do buffet! Check!
The breakfast menu was long, with a great variety of dishes for every taste. I opted for very yummy porridge with fresh fruit the first day, and wholegrain blinis with caviar the second… very good!

On day one we had breakfast in the conservatory, which seemed to have made the process a little easier for the staff. When we tried the outside area next to the canal in the adjacent park, the staff seemed to struggle a little in getting everything to our table. Yet everybody was very friendly and trying hard, so no complaints.

In general I have to say that service levels were very high in the Czech Republic. The people we interacted with were all very well trained, educated (speaking several languages fluently!), service minded, and very friendly.

On the first night, we also had dinner at the hotel restaurant. I was tired from the journey and not much in the mood for a late night. On the way up from Austria, that afternoon we had visited the famous Pilsner Urquell brewery in Pilsen, and I believe the hop had a toll on me (hop as in beer is said to be calming and fostering sleep). I enjoyed the food and the fact that I only had to go back upstairs straight to my bed.

The hotel is a small city hotel, hence does not offer vast spa & wellness areas. Yet in order to provide their guest with some wellness time, the hotel has a private spa suite, that hotel guests can book for 90 minute private units.

This includes a Jacuzzi, a Finnish sauna, a steam room, a lifestyle shower and two relax beds. Good compromise!

The spa suite was set up for us and ready at the booked time.

On the same floor there is a beauty area, that offers beauty treatments such as facials. I did not have any treatments, as time was limited and there was so much else to see and do in Carlsbad.

The location of the hotel is great! As said before, right on the canal in the centre of the city, with shops, cafes and restaurants. Behind the Grand Hotel Pupp, right across the street, is the entrance to a large hiking area, that also takes you to Diana Tower. The famous Peter and Paul Orthodox church with its golden towers is only about 20 minutes walk away. Most of the colonnades with their spring water fountains are nearby too.

Quisisana Palace is sister hotel to Grand Tirolia in Kitzbühel. I have previously written a spa review called The Stunning Spas in Kitz IV: Golf & Spa at Grand Tirolia 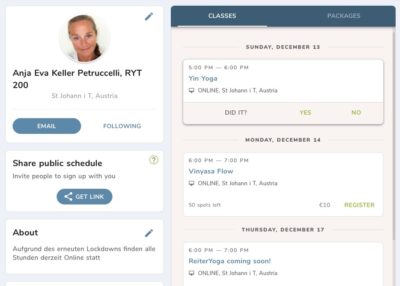